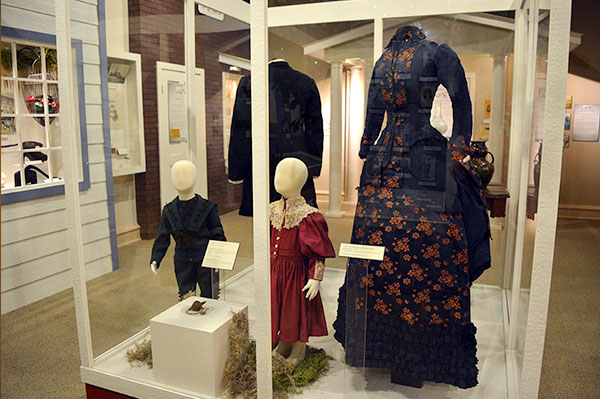 Victorian Augustans witnessed dramatic changes as they watched the city being transformed with electric lighting and the arrival of factories along the newly expanded Augusta Canal. Other monumental events included three international expositions, the creation of a public school system, and the expansion of the city's limits. Learn more about this "New South" era in the Exhibit, Augusta 1875-1900. 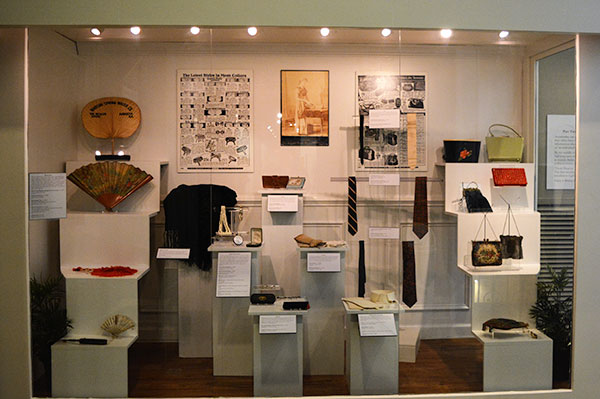 "From Head to Toe... And Everything In-Between", is a two-part series on accessories. The first installation from 2018-2019 displayed hats and shoes, while this second installment highlights the "in-between". The second installation from 2019-2020 displays accessories that can sometimes be an overlooked part of a museum's textile collection, but they often have their own significant stories. Similar to clothing, accessories reveal information about larger socio-economic trends, as well as the personal, intimate details of an individual's life.

Indulge on Fitz-Symms: A Retrospective of Food Products Captured by the Augusta Photography Studio 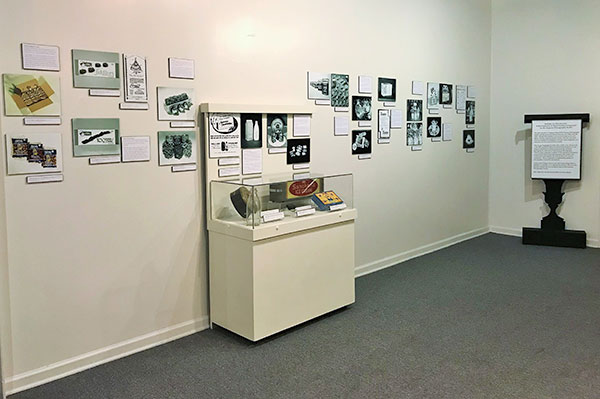 The photographs of Augusta-based Fitz-Symms Photography visually document history between the 1940's and the 1980's. Morgan Fitz headed commercial assignments and Robert Symms captured private events. The duo saw their success manifest in newspaper contracts and recognition via numerous in-state and national awards.

A Few of Augusta's Ways of Worship 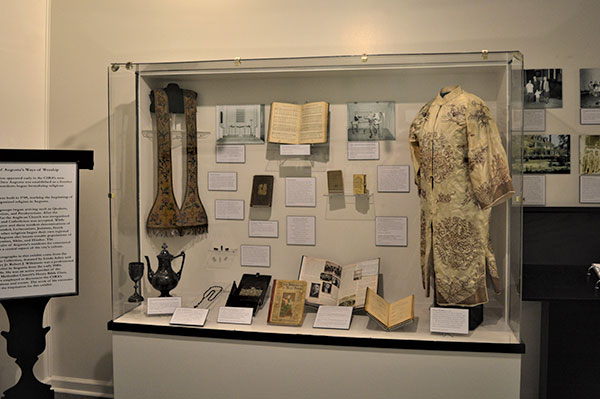 Organized religion appeared early in the CSRA's non-Native history. Once Augusta was established as a frontier trading post its residents turned their efforts to formalizing religious practices. A small chapel was built in 1749, marking the beginning of St. Paul's. As an English colony they requested an Anglican minister who arrived in 1751, making the region into St. Paul's parish of the Church of England. The rich history of organized religion in Augusta had begun. 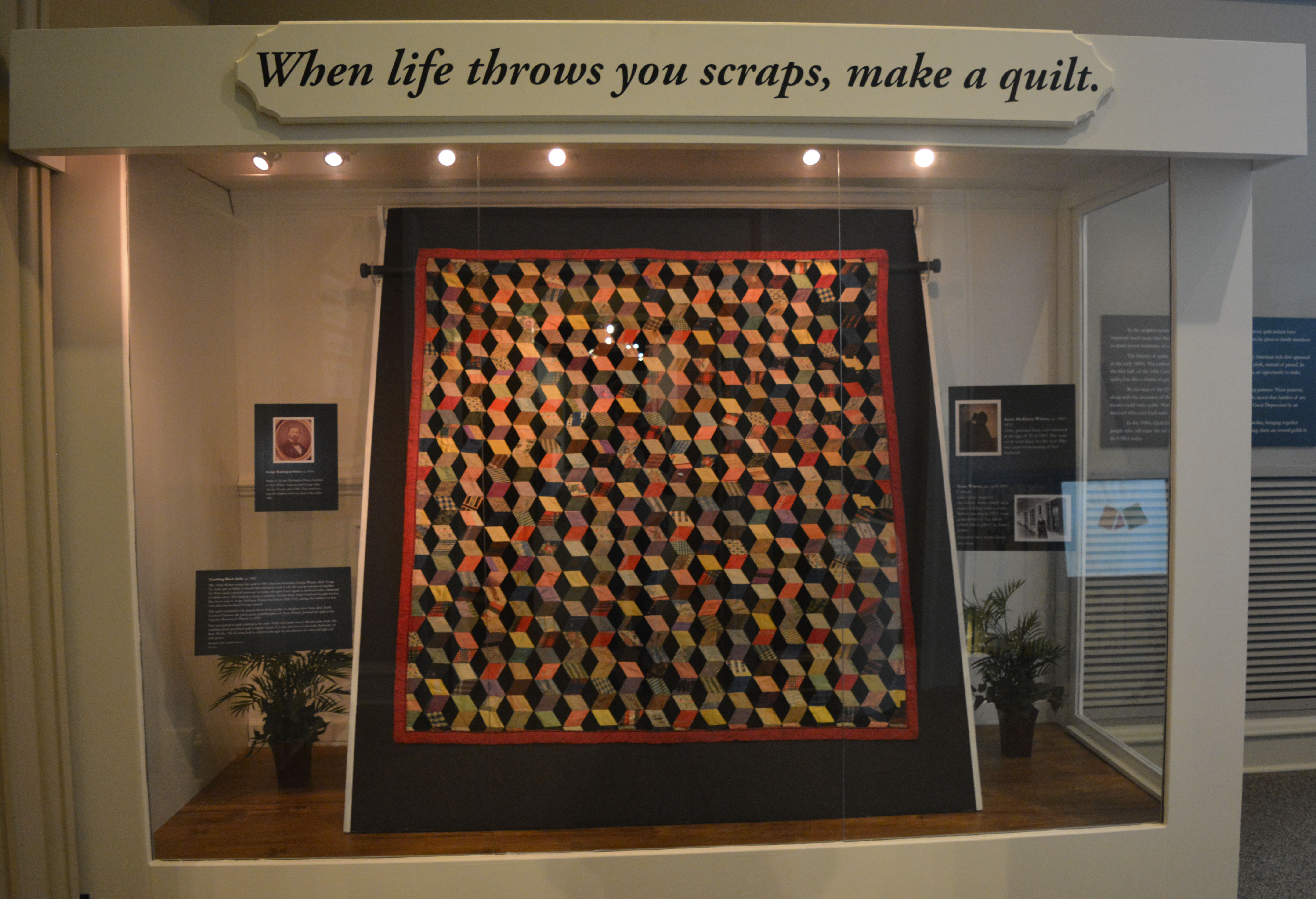 Tumbling Block Quilt
Funding for A Quilting Legacy is provided by the Wells Fargo Foundation.

In the simplest terms, quilts were made to provide warmth. However, quilt makers have imparted much more into their art than just function. Quilts can tell stories, be given to family members to mark proud moments, or as showpieces to the creator's skill.

A new quilt will go on display at the end of April 2021 and will rotate every three months. 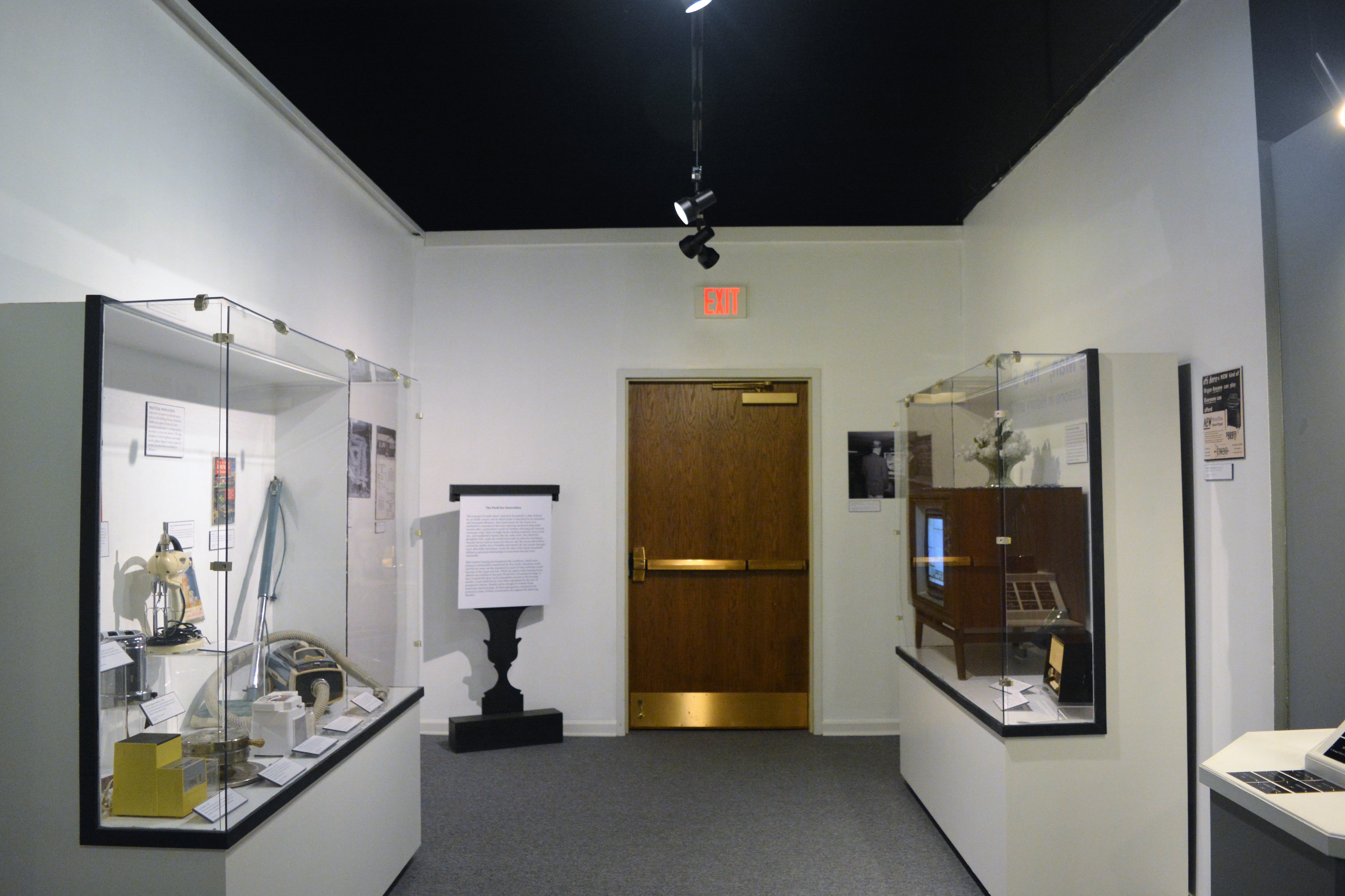 The Push for Innovation

The Push for Innovation displays new innovations for the home and information about the planned communities that would set the standard for much of what "suburbia" would become in the 1950s and 1960s.

On display until August 31, 2021.
Curated by Alena Rensch